Bulabakulu is a decidedly rural and far-flung community. Some of the children come from very far away and are brought to school and back home every day in the only school van, the seven-seater.

There is no public transportation system. The road network in the countryside is in a miserable, catastrophic condition. The roads are not paved and, compared to Germany, do not even correspond to dirt roads. Deep grooves and holes, poorly visible depressions and heights are a constant danger. When it rains, entire roads are impassable and detours have to be sought. The poor condition means that the trips take a long time, as many places can often only be passed at walking pace.
The children are picked up from the different directions in a total of three tours. The first trip now starts at 4 o’clock in the morning! The last tour then brings the last children to school at around 7:45 a.m. In the afternoon, the first tour brings the kindergarten children home around 1 pm. In the afternoon, the last two tours then leave around 4:30 p.m. and it often takes until 7 p.m. for the school van to return.

The bus driver is the school director! For cost reasons (gasoline) the children had to be “stacked” into the small van (seven-seater) until now. Sometimes the three children sit on top of each other. One child (usually already asleep) is held by the passenger on his lap, another one lies between his legs, two others sit between the passenger seat and the driver’s seat. It can happen that the bus driver also has a child on his lap! So then between 21 and 28 children “fit” on the bus!

For these reasons and due to the growing number of students, it is an urgent necessity to purchase a larger school bus with 36 seats.

The attention and the efforts of the friends association are now completely focused on this big goal (see also further information under “News”). 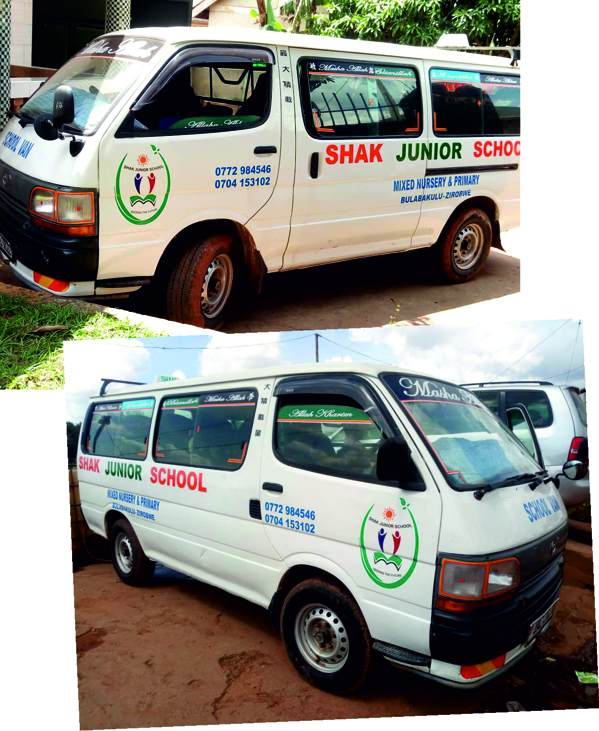 The seven-seater in use is no longer sufficient!